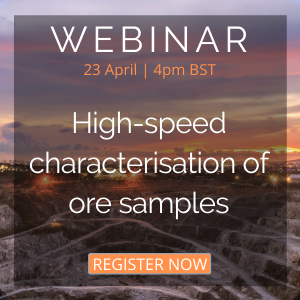 Contact fungicides are applied by spraying onto plants and they bind to the leaf’s surface. The fungicide provides protection against fungal infections in the areas that the fungicide is bound to. It is a benefit to the analyst to be able to take a treated leaf and perform a direct analysis on the treated surface to determine the distribution of the applied fungicide. However, as plant structures are damaged when placed in the vacuum of a of scanning electron microscope chamber, cryo-sample preparation techniques are required to preserve the plant’s structure during analysis. 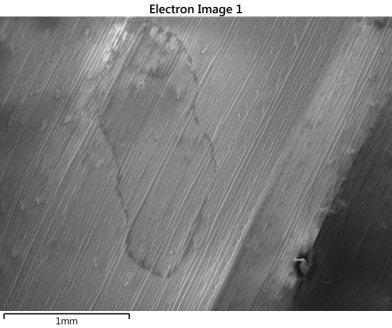 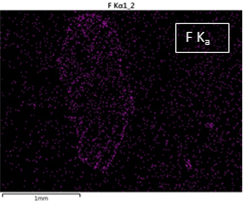 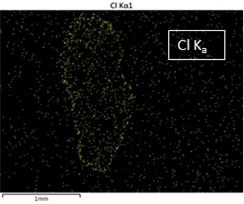 A wheat leaf was treated with a mixture of two fungicides, isopyrazam which contains fluorine and cyproconazole which contains chlorine. The distribution of the fungicides on the leaf’s surface can be measured by using X-ray element mapping to reveal the locations of the elements associated with each fungicide. To allow the direct study of the distribution of the fungicide on the leaf’s surface, the structure of the leaf needs to be preserved and maintained during the analysis procedure. Plunge freezing the treated leaf sample in liquid nitrogen will not only freeze the fungicide in place it but also stabilizes the leaf’s structure for analysis in the vacuum of the scanning electron microscope.

X-ray elemental maps were collected from the frozen leaf for the direct analysis of the treated surface. As each of the fungicides used to treat the leaf were rich a particular element, isopyrazam (F-rich) or cyproconazole (Cl-rich), mapping for fluorine and chlorine shows the location of the fungicides on the treated leaf surface.

Although the samples are frozen to stabilize under a vacuum, they can still potentially be damaged by heat introduced when using a high energy electron beam to scan the surface and generate the X-ray signal. Using a lower energy electron beam, can reduce the potential damage caused by scanning the electron beam over the sample. However, that will reduce the intensity of the X-ray signal generated from the sample and which is used to provide the x-ray element maps. The large area Ultim Max silicon drift ED X-ray detectors are ideal for analysing samples under these conditions where low X-ray count rates are expected to occur.

In this example, a low beam accelerating voltage of 6 kV was used in order to limit damage to the sample. The subsequent lower X-ray count rates produced as a result of using this condition was readily countered by using a large area detector. As a result a short analysis time of 3 minutes was required to get a useful result to show the distribution of fungicides on the leaf’s surface.

Back to Agriculture & Food